CelebrityWhat Dr Dre did with his $ 800 million 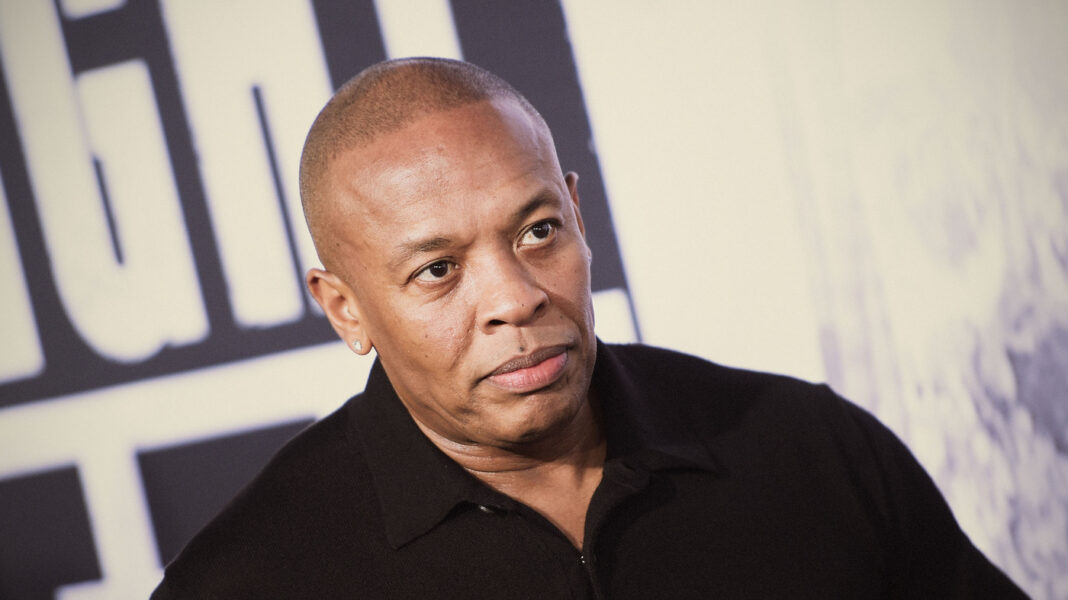 No money, no problems. That classic notorious big song rings true for many rappers, and Dr Dre is no exception. He has raked in millions during his rap career. But he blew a lot of that on mansions luxurious trips expensive watches and fancy cars. Luckily he has some side hustles going that allow him to pay for this lavish lifestyle. Dr Dre’s net worth skyrocketed thanks to his business ventures. Some might say his business acumen is even more impressive than his rhyming skills. This is how He spends all of that hard-earned cash.

Dr Dre faced a lot of hardship early in his life.

His story is a genuine rag to riches tale. Dr Dre may have grown up dirt poor, but today he is worth north of 800 million dollars. He worked tirelessly to earn his millions. He parlayed his rhyming skills into a successful rap career, and then he turned that rap career into a business empire. That is unmatched by pretty much anyone except for jay-z.

Dr Dre dropped out of high school to pursue a career in music. That may have seemed like a dumb decision at the time, but it paid off. He soon found himself djing as a teen. Stardom followed when nwa hit it big. nwa is considered one of the most iconic hip-hop groups of all time. And the group would not have been nearly as successful without Dr. Dre. If you haven’t seen straight out of Compton yet, you need to check it out.

Next came producing and then even more money. Finally, he hit pay dirt when he co-founded beats electronics. After Apple bought Beats, Dr. Dre famously proclaimed he would be the first hip-hop billionaire. That hasn’t happened yet, but it could very shortly.

Rappers love to flaunt cash, but Dr Dre is Ballin on a whole different level.

For many, this would have been enough. Dr. Dre was always about doing his own thing, and now he was stacking chips. He started earning fast money when he began producing. This was a far more lucrative game than rhyming. Dr. Dre showed his street smarts and was pulling in millions for his input. He founded aftermath records in 1996 and all of the big stars wanted Dr. Dre as a producer. Dr. Dre produced mary j blige’s family affair for a cool two million dollars.

Artists who weren’t signed to aftermath had to pay Dr. Dre 250 000 per track for his producing skills. dre discovered Eminem and 50 cents, and both hit it big with the result. You could say that they both owe their careers to Dr. Dre.

Dr dre proved he could not just make millions for himself.

Dr. Dre’s most significant money-making venture was just beginning. He launched beats electronics in 2006 with jimmy ravine, and by 2008 beats by dre headphones were everywhere. Everyone had to have a pair of these iconic headphones. They were of high quality and practical headphones, but they were also a fashion statement. Dr. Dre made 100 million when beats were sold to the. But the company eventually bought back its shares, and Dr. Dre was back in control.

Apple CEO Tim cook took notice of the success and popularity of beats by dre.

And apple eventually bought beats electronics for a staggering 3 billion dollars. It was a truly unprecedented move because apple rarely buys out other companies. Dr. Dre pocketed 500 million from the sale. And his path to billionaire status took another huge step forward. Don’t be fooled by dre’s massive earnings. Dr. Dre doesn’t just sit on his cash.

Dr Dre likes to have fun too. and hasn’t blown through his money fast enough to go broke. But he has spent millions on luxurious mansions incredible sports cars extravagant trips and plenty of bling. He’s even willing to give his money away if it’s for a good cause.

A 14 000 square foot mansion that he bought for 40 million dollars Tom Brady and gazelle butcher once owned this lavish pad located in Brentwood, California. Villas don’t get much more impressive than this. But Dr. Dre wasn’t satisfied with the moat infinity pool and the stunning view of the pacific ocean. dre wanted to make this mansion even more relaxed, so he drew up plans for a 10 000 square foot music studio under the estate.

Dr. Dre’s multi-millionaire status means that he has more than one property. He bought a 2.4 million dollar mansion in woodland hills in 1999. but this was just the first of many extravagant pies. He spent 12.5 million on a stunning 8 800 square foot mansion in carbon beach malibu. Carbon Beach is famously known as billionaire beach, and Dr. Dre has plenty of neighbors with just as much cash as he has and many with much more. His 12.5 million dollar beachfront property is one of the more affordable mansions in the area.

If there’s a profit to be made, he’ll take it. He sold his 9696 square foot Hollywood Hills mansion for 32.5 million And listed an impressive plot of land in hidden hills for 14.5 million. Dr Dre was a long way from Compton now. Dr Dre knows how to party. When you’re as loaded as he is partying comes easy. Dr Dre rented a private helicopter so that he and his wife could see hamilton on broadway. He then threw down plenty of cash to rent a luxury yacht for a European cruise. The exhibit joined Dr Dre and his wife for this fabulous week-long European voyage.

But Dr Dre likes to be a bit more classy when it comes to his jewellery. He doesn’t sport gaudy chains as many rappers do. Instead, he wants to keep things subtle and go with one particular piece. For dre, it’s watching. He is the complete opposite of rappers like Lil Wayne. Who famously sported a million-dollar diamond-encrusted pair of beats by dre at a lakers game.

Why waste money on a diamond grill when you can wear an exclusive timepiece. Dr. Dre has an incredible collection of watches, and Rolexes are his favorite. A gold Rolex day date and Rolex diamond masterpiece Are just a couple of observations in dre’s group. He also loves to give watches as gifts. Rick ross received a fabulous 100 000 Hublot watch from Dr. Dre as a gift. It pays to have friends in high places.

But Dr. Dre loves both. His fleet of luxury supercars is nothing to sneer at. his garage is filled with dream cars and powerful machines. The most impressive vehicle in his collection is comfortable. his 450 thousand dollar rolls Royce phantom drophead coupe. The lowriders that Dr. Dre drove in his still dre music video were cool, but they’re nothing compared to a rolls Royce. Is there anything more gangsta than rolling into the hood in a rolls Royce.

Dr. Dre’s garage is filled with plenty of other impressive vehicles. Like a 200 000 Bently continental gt coupe that was a gift from Eminem. And a 68 thousand dollar hummer h2. He even has a 200 000 Cadillac escalade. Why would an escalade be that much? Well, Dr. Dre went all out and pimped this ride. dre’s custom escalade has a pull-out fridge. Luxury seats full-size tv and desks. It’s his mobile office on wheels. The collection doesn’t end there.

Dr. Dre also has four Porsches. a Chrysler 300s and multiple Ferraris. Dr. Dre is a big fan of Ferraris and showcased a Ferrari 360 in his I need a doctor’s music video. That Ferrari met a terrible fate when it was totaled. There’s no question dre keeps his Ferraris in much better shape.

Dr Dre doesn’t hoard his money, and he doesn’t blow it all on extravagant items.

He treats his friends well and buys them gifts. If he sees it worthwhile charity, he’s more than happy to donate some of his hard-earned money. Dr Dre donated 70 million dollars to the university of southern California To create the jimmy even and Andre young academy of the arts. This was a welcome gesture meant to help students with their creative endeavours.

However, controversy arose when Dr. Dre’s daughter was later accepted to USC. There may be no correlation, but many were upset considering how prevalent college admissions scandals have become in the world of Hollywood. My daughter got into USC all on her own no jail time he wrote on Instagram. Dr. Dre’s wealth is truly almost unprecedented in the world of rap.

Only jay-z and Beyonce have the same kind of wealth. Dr Dre has spent years amassing an empire. But the future might not be so bright. Proclaiming that he would be the first hip-hop billionaire might have been a jinx.

Dre is facing an uncertain future.

He’s now dealing with divorce proceedings. Nicole young filed for divorce from Dr Dre last month. And this could be the most significant expense of dre’s life. A 40 million mansion is nothing compared to losing half of your net worth. dre and Nicole young have been married for 24 years. And if the divorce goes through, dre could lose 400 million as he does not have a prenup. That has to hurt that is probably not what Dr Dre had in mind when he wrote for the love of money.

Are you impressed with how much money Dr. Dre has earned in his lifetime. would you spend money like he has if you had close to a billion dollars. Let us know in the comments below.

Also Read Ten of the high foremost athletes in history.